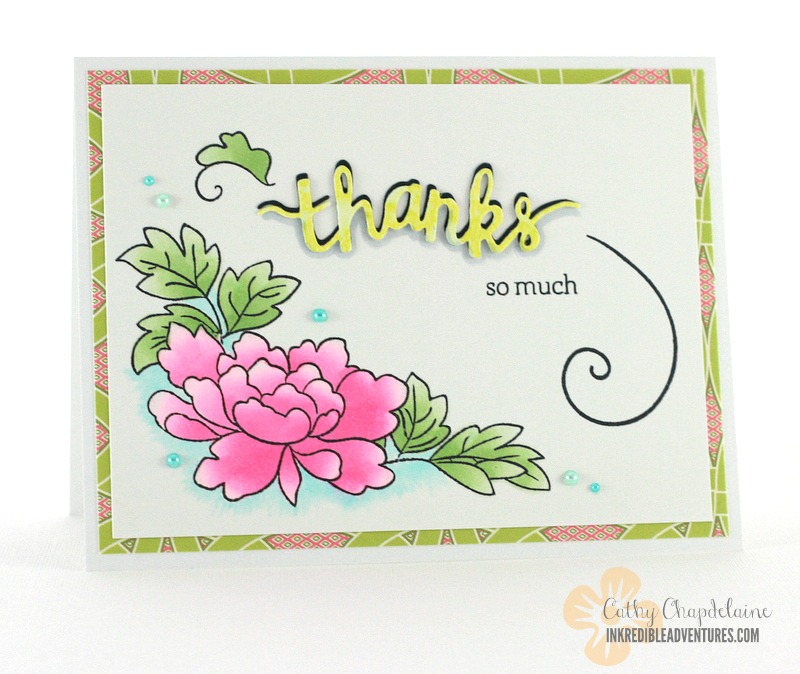 Hi there! I’ve got a quick card to share today using Altenew’s Peony Scrolls stamp set. Their beautiful flower images are pure joy to color and I decided to use Chameleon pens on this one. Funny enough, one of the pens is called “Peony Pink” and it does closely match the color of peonies, so that’s what I used on the flower.

I’ve played around a little bit with these pens before, mostly coloring small images. This was the first larger image I’ve colored with them and it takes a bit of patience. If you’re not familiar with these pens, they give the ability to transition easily from a light to darker shade of a color by fusing the ink with colorless blender inside of the pen. You do have to constantly fuse the ink though as you’re working on small sections of an image and that takes a few seconds. That’s where the patience aspect comes in. 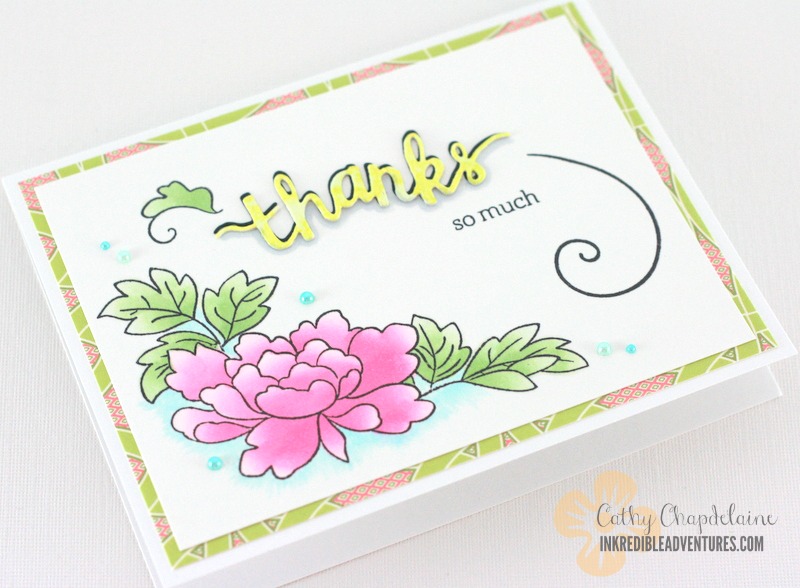 I used “Green Apple” on the leaves and then added a light blue shadowing around the flower with a Copic B000 and colorless blender to soften it out. You can’t see it in the photos, but I also added clear Wink of Stella to the tips of the petals and leaves for a little shimmer.

I die-cut a Hero Arts thanks sentiment from a piece of Tim Holtz watercolor cardstock that I sponged with Distress Oxide ink in Twisted Citron and spritzed with a spray bottle. To make the sentiment show up a bit more, I die-cut the sentiment again from black cardstock and slightly overlapped the two. I also added a light gray shadow under the sentiment once I had adhered it with a Copic W3. 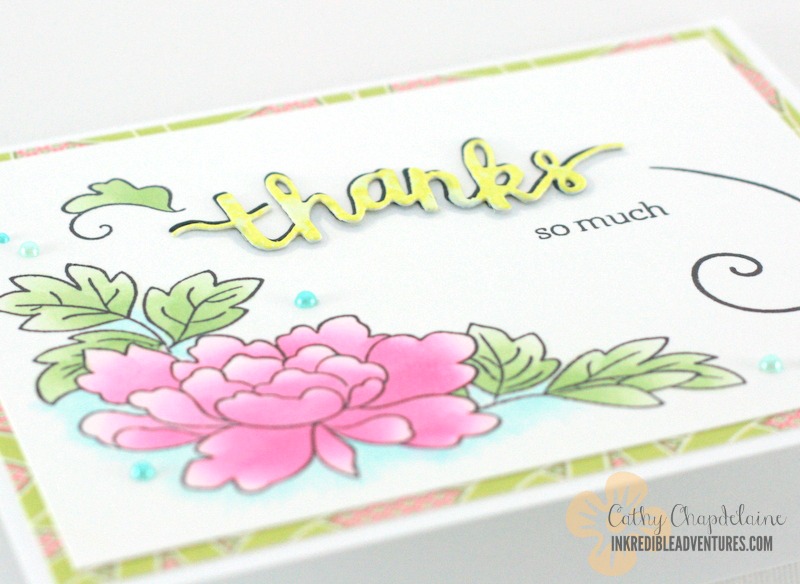 To finish the card, I stamped the small portion of the sentiment from the same Hero Arts stamp and die set and adhered a few flat-back pearls around the image. The patterned paper mat is an Anna Griffin paper that has the same color scheme. 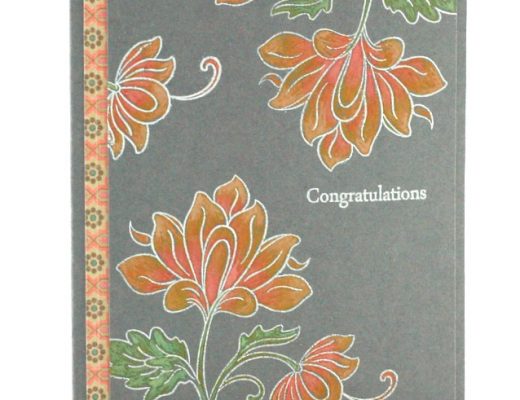 Hi there! I'm Cathy and thank you for visiting my blog! I hope you'll enjoy joining me in my stamping and crafting adventures where I share inspiration, how-to's and my love for this hobby. Please subscribe below so you won't miss a thing! 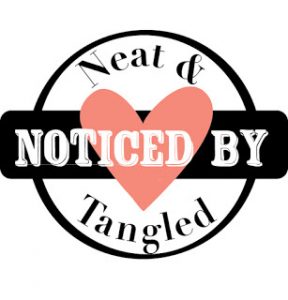