Hi there! My card today features another exclusive stamp set designed for EllenHutsonLLC in their United We Flourish campaign, this time from Avery Elle, and it’s called G’ Day Mate! I fell instantly in love with the images in this set and while I have quite a few koala stamps, these are some of my favorites. 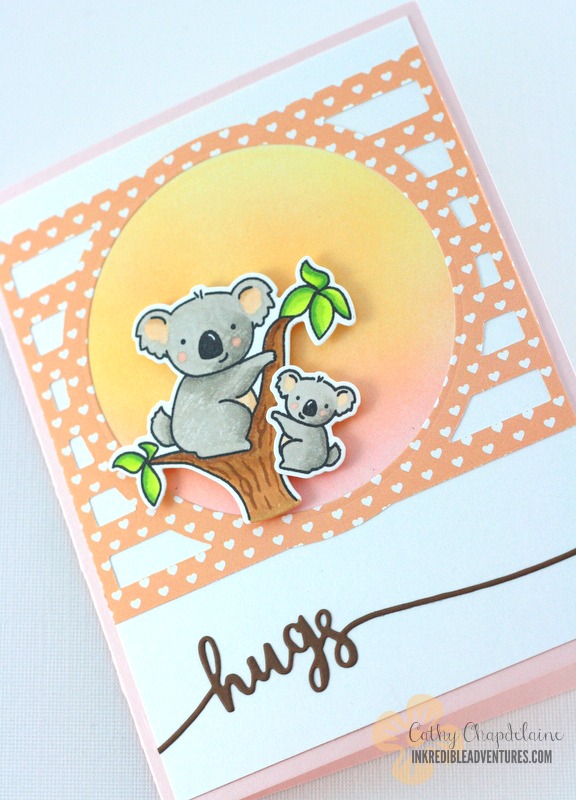 Next, I die-cut a piece of patterned paper with the Horizontal Stripes Elle-ments die and trimmed it off at the top and bottom removing several stripes since I just wanted a portion of it across the card. I lined up the patterned paper around my airbrushed circle and adhered it in place.

I stamped and colored the koalas with Copics and die-cut around them using the coordinating dies that come with this set. They’re adhered with dimensional adhesive for extra interest. 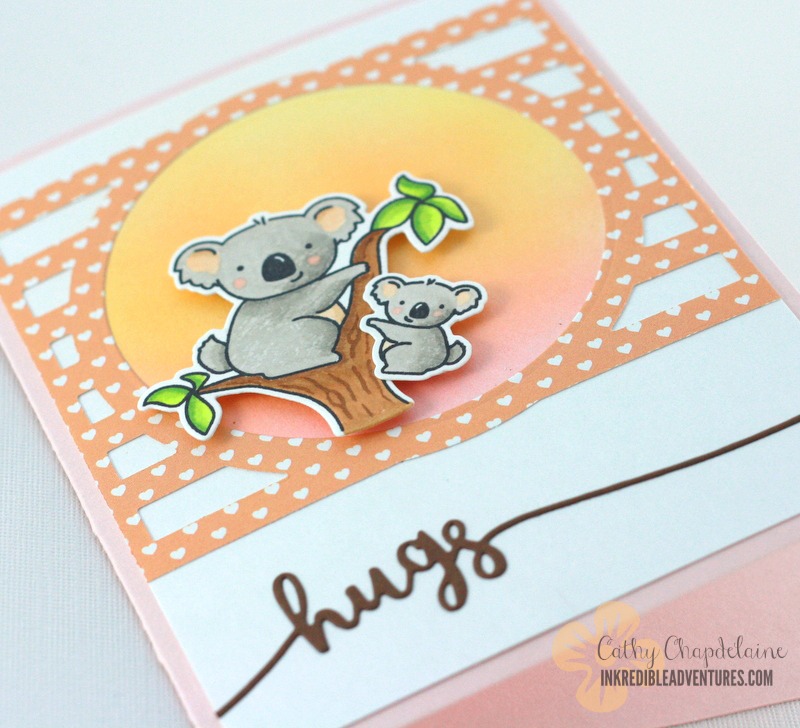 I then finished the card with  a die-cut sentiment using the Avery Elle Sentimental Strips Elle-ments dies.

Hope you enjoyed and if you like this set which also includes a really cute platypus and kangaroo, don’t forget to pick these up soon before they’re gone! 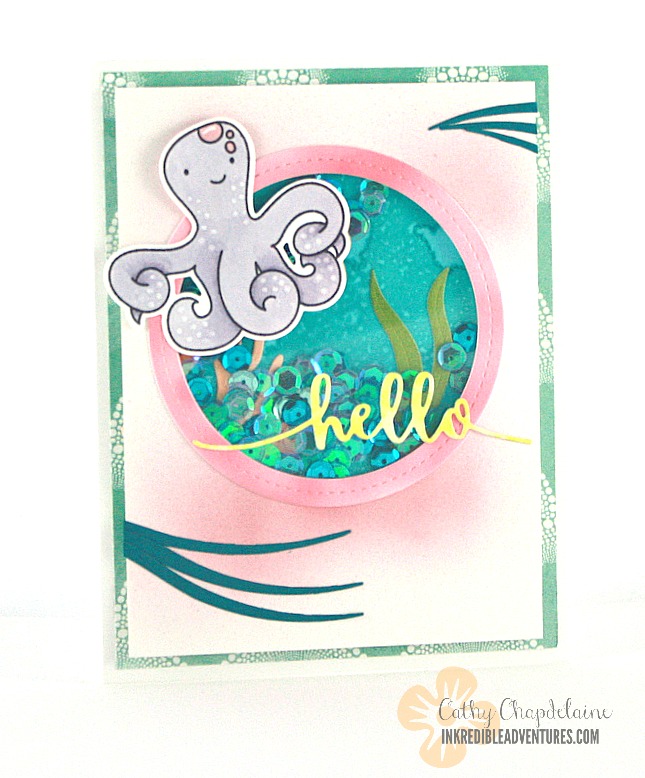