Hi there! My card today features a really cute Lawn Fawn stamp and die combo set called Love Ya’ Bunches and it’s designed exclusively for EllenHutsonLLC. The store has teamed up with several stamp companies in their “United we Flourish” campaign and once these sets are gone, they’re gone, so check them out soon if you’re wanting them.

I’ve used MFT Stitched Dome Stax and Frames die-namics on this one and I started by die-cutting a piece of white cardstock with one of the larger Stitched Dome Stax dies for the background behind the monkeys. I sponged the entire piece with Tim Holtz Distress Ink in Wild Honey and then taped a Hero Arts Swirl stencil over the top and inked with Memento Potter’s Clay.

Next, I cut a piece of jungle patterned paper for the mat on the card (this is Paper Studio brand from Hobby Lobby) and adhered this and my inked dome die-cut centered left and right on the card and about 3/4″ below the fold line of the card.

I cut a piece of kraft cardstock 3 3/4″ x 5″ and die-cut using a smaller Stitched Dome Stax die than the one I used on the background about 3/4″ from the top edge and centered left and right. I then die-cut a Stitched Dome Frame from dark brown cardstock and adhered this around the opening. 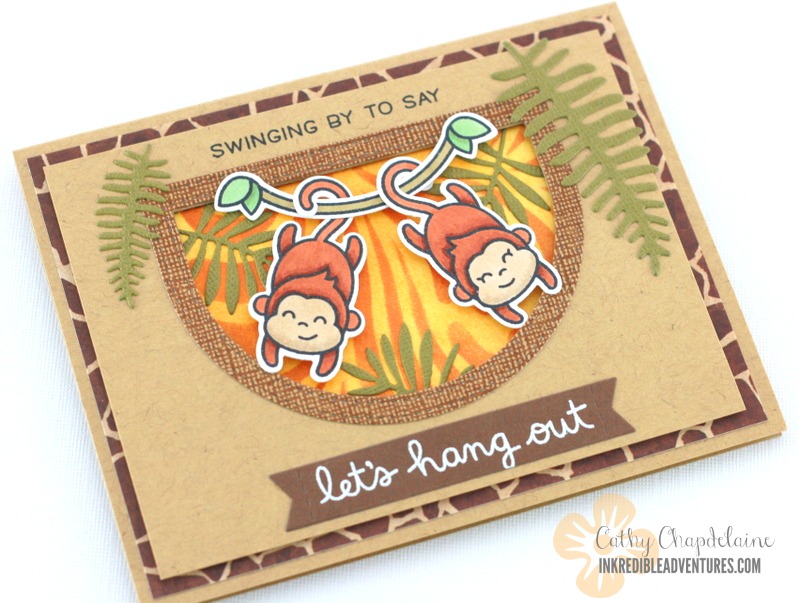 Now the really fun part! Coloring monkeys! I used Copics on the stamped images and then die-cut them with the coordinating dies in this set. The monkey tails are designed to wrap around the vine. Too cute! I adhered the monkeys and vine with dimensional adhesive so they look like they’re coming out of the jungle background. 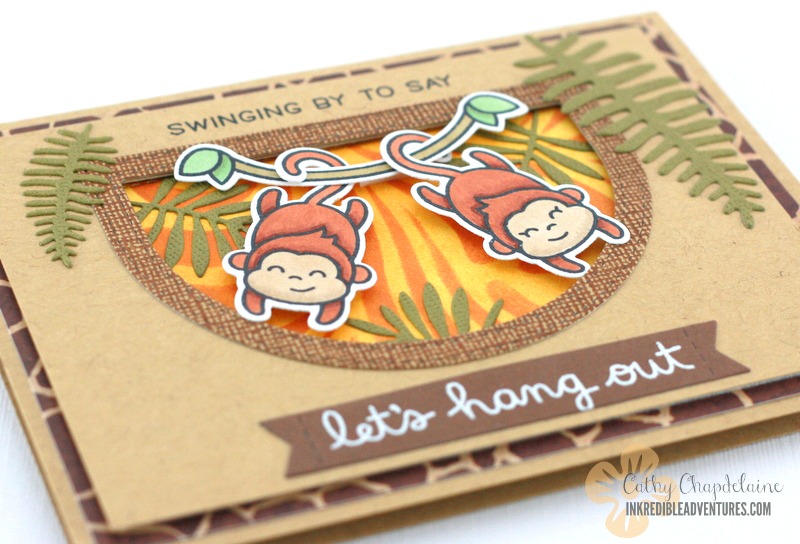 I finished the card off by stamping another sentiment from this set on dark brown cardstock using versamark ink, heat embossing with fine detail white embossing powder and die-cutting around the sentiment with an MFT stitched sentiment strip. I added a few more leaves around the dome opening with the same Wild Greenery die-namics set.

Hope you enjoyed my swinging monkeys and have a great weekend! 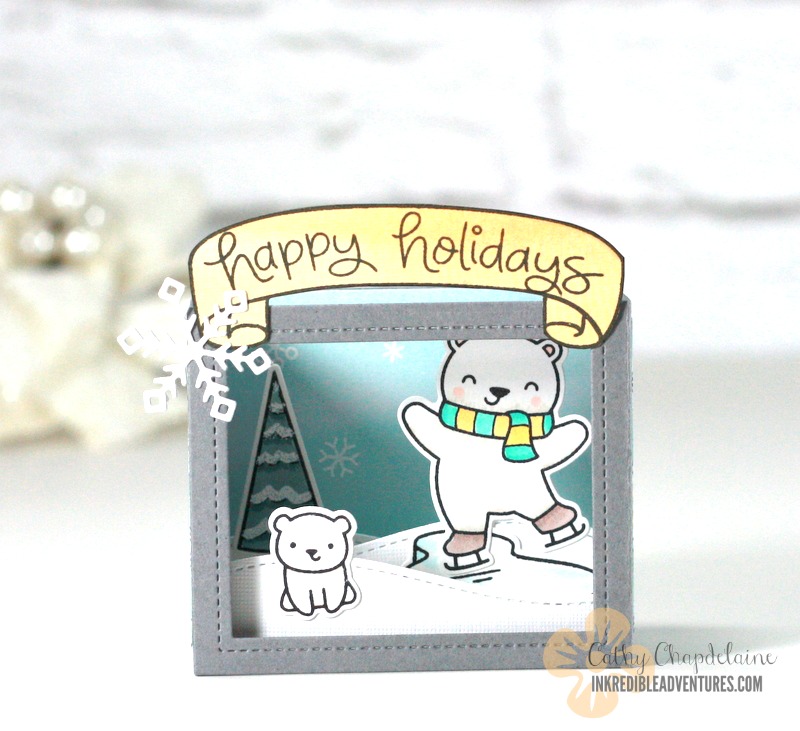 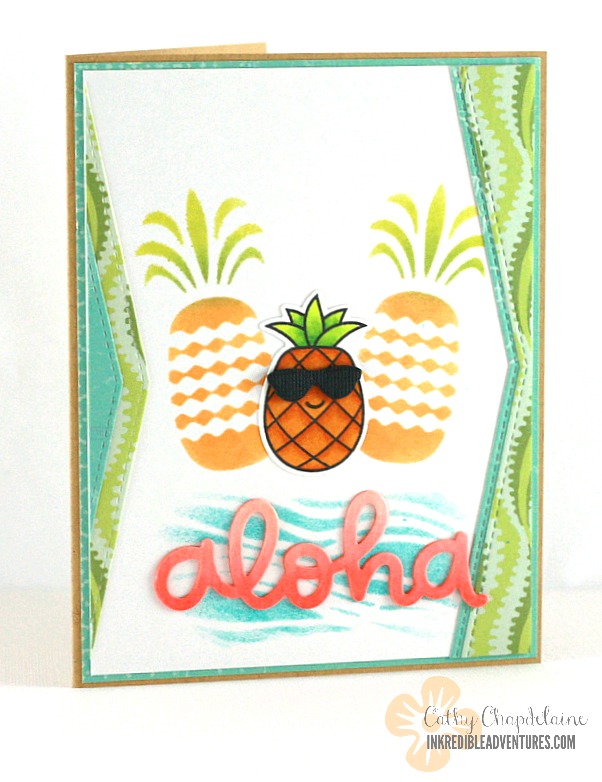 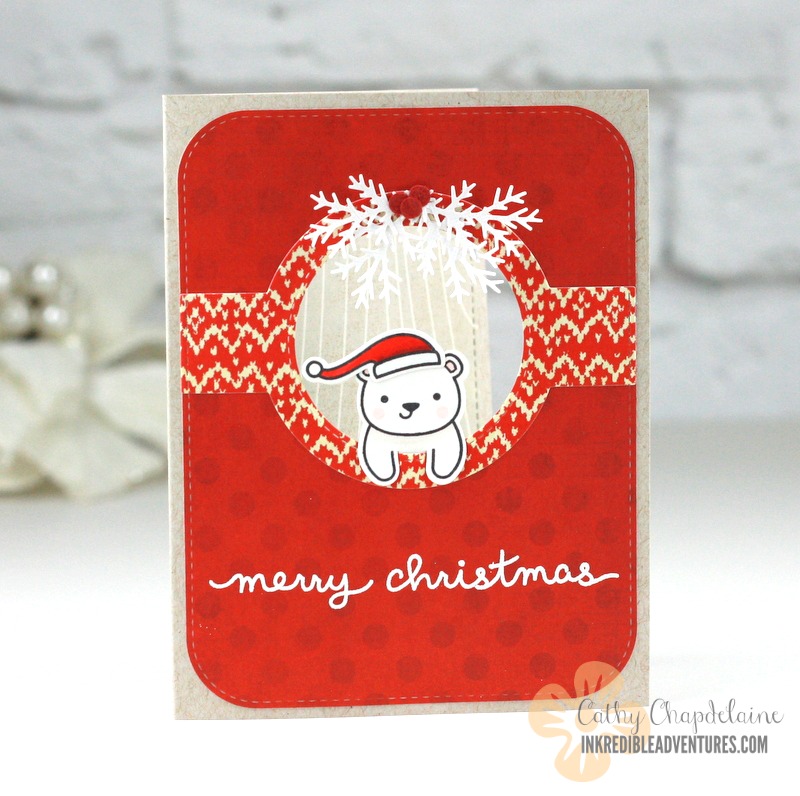